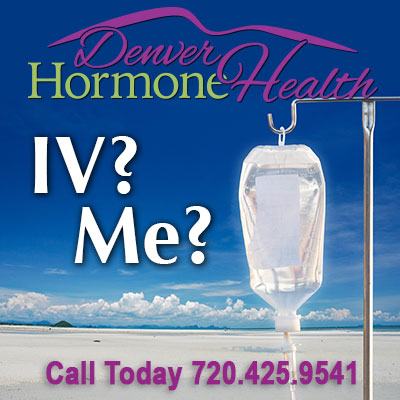 O.K., let’s start at the beginning. What is IV therapy? Quite simply, it means intravenous infusion of liquid essential nutrients directly into a vein. The first thing in understanding all of its benefits is to toss all those images that might be flashing through your head having watched one too many Doctor/Medical television series. Forget the drama and let’s concentrate more on what IV therapy really is. In a minimally invasive and uncomplicated procedure, vitamins, minerals and other nutrients are infused directly into your bloodstream to fuel cells and correct any cellular deficiencies throughout your entire body. Which makes IV nutrient administration a powerful therapy for numerous health concerns.

No matter how well you think you eat (or more importantly how well you know you don’t eat), your body only benefits from about 8% of all the nutrients you consume. With IV therapy 100% of the nutrients you are getting go directly into the center of the cells where they can immediately go to to work to make you feel better. Patients can get up to 10 times the nutrients in one treatment as they could get orally in one day. t’s like IV ASAP, the fastest way of circumventing the digestive system where there could be absorption issues, not to mention stomach upset.

Beginning to see how IV therapy adds up?

The Myers Cocktail sounds like an alcoholic drink a person would get during happy hour at an upscale bar. Where alcohol might make you feel temporarily better, the Meyer’s Cocktail will make you feel even better, the effects lasting much longer. Plus, unlike knocking back some exotically named drinks with a mixture of exotic ingredients, there’s no “Why in the world did I do that?” the next morning.

Dr. John Myers, a physician at John Hopkins in Baltimore, Maryland, was one of the first to conclude that “flooding” each cell in the body with nutrition would maximize their benefits. While working with patients who were suffering from various medical ailments he developed a nutrient mixture that came to be known as the “Meyer’s Cocktail”, or more commonly, the “Meyer’s, basically consisting of magnesium, calcium, B vitamins, vitamin C, and more. Each of the vitamins and minerals had actually been available in an intravenous form for for years, but no one had ever considered combining them based on the individual needs of each patient. The Meyer’s Cocktail and modification of it has been found to be effective against asthma, migraines, fatigue, fibromyalgia, infections, chronic sinusitis and a host of other medical issues.

Know how sometimes you just have this feeling in your gut? Well in the case of getting proper nutrients into your body, that feeling in your gut isn’t in your head, it’s totally physical. With IV therapy where the nutrients go directly to the cells, there is no waiting for these nutrients to clear the digestive system and the liver which can cause distress and upset. “Oh, my stomach…” Some people take vitamins orally in order to supplement their diet, but in that case the vitamins are poorly accepted and absorbed in the gastrointestinal tract losing potency in the process. This can also create a situation where they bypass the appropriate cells completely. And there are other problems.  With oral supplements it’s pretty much hit and miss. You go down the vitamin aisle in the pharmacy you are bombarded with choices, many of which you’ve never even heard of. This one helps this problem, that one cures another. Then there’s the matter of dosing. If the bottle tells you to take 1000mg, you figure you’ll feel 4 times as well if you take 4 times as much. The number of adverse effects of which are sending increasing numbers to emergency rooms. It’s enough to turn your stomach.

APRIL WILL SHOW YOU ALL IV CAN BE, AND HOW IT CAN HELP YOU BE ALL YOU CAN BE.

THAT’S WHEN DR. STEPHEN A. GOLDSTEIN, M.D, F.A.C.S. IS OPENING HEALTHY IV SOLUTIONS. LIKE DR. JOHN MEYERS WHO CREATED THE ORIGINAL MEYER’S COCKTAIL, DR. GOLDSTEIN BELIEVES IN THE POWER OF COMBINING VITAMINS, MINERALS AND NUTRIENTS AND INFUSING THEM INTO THE BLOODSTREAM TO GO DIRECTLY INTO CELLS THROUGHOUT THE BODY FOR MAXIMUM EFFICACY. BUT WHAT MAKES HEALTH IV SOLUTIONS SO DIFFERENT FROM OTHER IV SOURCES YOU MAY FIND, IS THAT HE IS ONE OF ONLY FEW WITH WHAT IS CALLED AN FDA APPROVED “CLEANROOM,” A SPECIALLY DESIGNED ROOM WITH AN ADVANCED AIR SYSTEM THAT FILTERS OUT ANY CONTAMINANTS.THIS ALLOWS DR. GOLDSTEIN TO MEDICALLY KEEP THE ENVIRONMENT HE COMPOUNDS SOLUTIONS IN SAFE AND SECURE. ADD TO THIS THE FACT THAT DR. GOLDSTEIN LOOKS AT EACH PATIENT’S UNIQUE PROBLEMS AND THEN DECIDES THE SOLUTION THAT IS RIGHT FOR THEM. THERE ARE SO MANY WAYS YOU CAN BENEFIT FROM IV THERAPY. A CALL TO DR. GOLDSTEIN IS THE WAY TO START.