FACT: We all get older. Older than what? 12 is older than 10. 20 is older than 18. 50 is older than 49. So everyone is older than someone else. But the world is in an anti-aging arena, ready to do battle with Father Time and the rest of his “out-to-get-you” family. It’s a fight that’s been going on since Ponce De Leon told Queen Isabella, he discovered The Fountain of Youth.

IT’S A SENIOR SHAMING JUNGLE OUT THERE

When it comes to aging gracefully, know that no one has ever really defined what “gracefully” means. It sounds like you’re being put out to pasture. Senior citizen. Elderly. Getting on in years. How about hearing “you look good for your age”? Labeling is always flawed, There’s no getting around it. Surely, someone could come up with some alternate language. It stinks, but “young” is a compliment. Any version of aging is not.

No one likes to really deal with the concept or realities of getting older. Golden years. Is that where you really want to go? To many, when it comes to aging, it’s “I don’t want to talk about it. I don’t want to think about it. I don’t know about it”. Not exactly a savvy or productive anti-aging plan. The point is, if you do nothing about it, you can know for sure, nothing good will ever come of it. And you can do something about it. Something pretty remarkable. It’s called Sermorelin Therapy.

ACCEPT THAT YOUR HORMONES ARE GOING TO GO THEIR OWN WAY

Before getting into the wonders of Sermorelin for anti-aging, you need to know something about hormones. Hormones are the chemical messengers responsible for nearly every function in the body. And as you age, many of your 150 or so hormones start to wane, a phenomenon considered one of the principal medical signs of aging.

HGH. AN ACRONYM FOR STAYING YOUNG

One of the most notable hormones affected by the aging process is human growth hormones. Human growth hormone (HGH), is a naturally-produced hormone generated from the pituitary gland. Growth hormones stimulate cell production and regeneration in both males and females, helping to maintain the health of our organs and tissues throughout our lives. Production of growth hormones in the body peaks around 30 years of age, then decreases by as much as 15% per decade after that.

SERMORELIN THERAPY CAN DO MORE THAN TURN BACK TIME

Sermorelin acetate is a growth hormone-releasing hormone (GH-RH) that stimulates the pituitary gland to produce and release HGH. Sermorelin mimics the effects of HGH but tells the pituitary gland in the body to produce HGH naturally, as needed. Hgh is responsible for growth in the body, but it accounts for so much more, the benefits of which can help you feel and perform years younger than your chronological age.

TAP INTO ALL THE ANTI-AGING SUPERPOWERS OF SERMORELIN THERAPY

So what are these benefits you get with Sermorelin Therapy?  Just look what it can do for you:

KNOW THIS, AND LISTEN CAREFULLY:

If you want to look younger and feel younger, just feel the best you ever, call Denver Hormone Health for an appointment now. 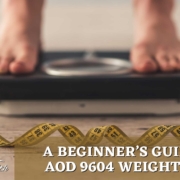 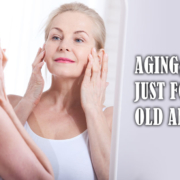 AGING; IT ISN’T JUST FOR THE OLD ANYMORE

MY STRESS HORMONES ARE KILLING ME
Scroll to top