Blog
You are here: Home1 / Blog2 / Bioidentical Hormones3 / LOST IN THE LAND OF THE ENDOCRINE GLANDS – It’s a Lot to Punch Y... 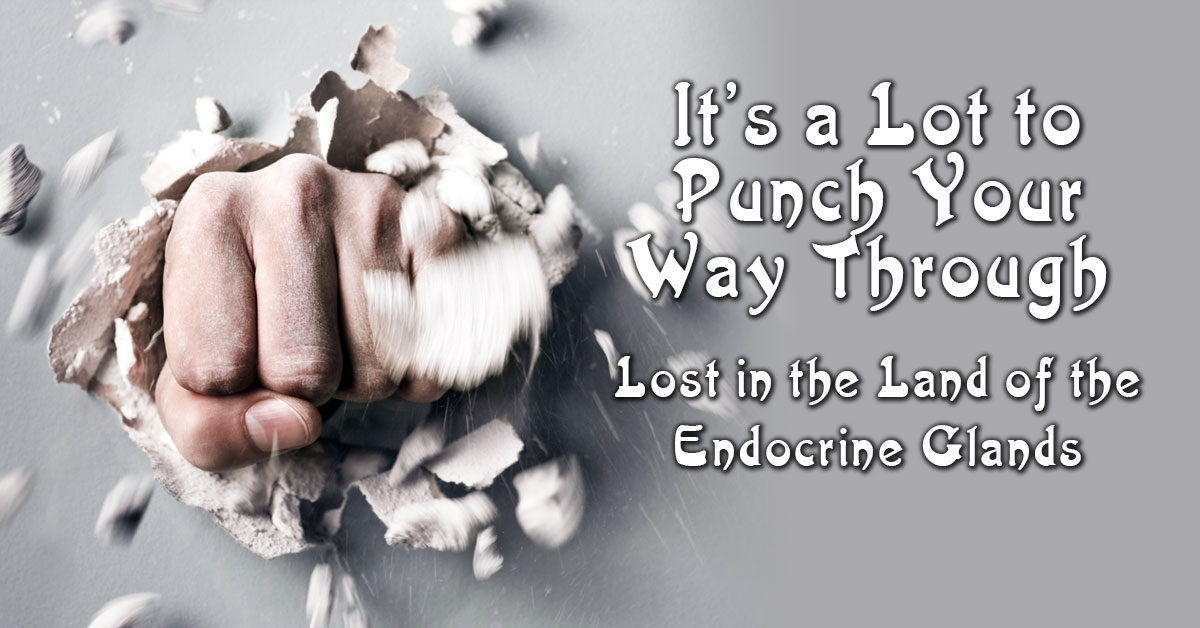 The adrenal glands are one of the endocrine glands. Located at the top of each kidney, the adrenal glands produce hormones that help the body control blood sugar, burn protein and fat, react to stressors like a major illness or injury, and regulate blood pressure. They produce hormones that you can’t live without, including aldosterone and cortisol. Often called “the stress hormone,” cortisol influences, regulates or modulates many of the changes that occur in the body in response to stress including, but not limited to:

Cushing’s Not So Cushy

The Best Guide You Can Get

It’s pretty easy to confuse endocrine diseases and disorders with other disorders and health issues, because many seems the same. So many people see a lot of doctors before finally receiving a proper diagnosis. They feel frustrated on top of not feeling well, all because they don’t actually know where they should go. Seeing a hormone specialist is a good place to start, and Dr. Stephen A. Goldstein MD, F.A.C.S. at Denver Hormone Health is one of the best in the area. If it has to do with the endocrine system and hormones, he’s on top of it. He has had years of experience and expertise in treating patients in the same predicament as you. You might not know where to start in explaining what you’re experience because it can be so complicated, but Dr. Goldstein understands, and he’s there for you in every way possible. With simple tests, he can pinpoint any imbalances that are making you feel out of it all over. Then he creates a totally unique treatment plan just for you. No one-size-fits-all, ever.

So, call to make an appointment now.

LOST IN THE LAND OF THE ENDOCRINE GLANDS – “Survivor’s” Not Just...
Scroll to top