A lot of people (female and male) must be buying into the Millennial trash attack if you consider that the global market for anti-aging products and services is expected to grow from $281.6 billion in 2015 to $331.3 billion in 2020. So much for growing old gracefully. There are products for every age range, teens to 50+ (now 70+). From $5 to $500 +. Balms, creams, gels, liquids, loose powder, lotions, masks, mousse, oils, scrubs, serums, sprays, wipes…new something-or-others every day.

Anti-aging quackery and hucksterism are pervasive on the Internet. Ad and marketing mavens come up with names, promises and “secret” ingredients. (Hello, proof, please.) All these would-be miracles are referred to as the science of anti-aging, while you should really think of them as scientific breakdowns. Those “Doctors” (antonym; actors) in those white coats promising you the forever sought after fountain of youth? Our advice?

Run, run and run again. As far away from these temptations as possible. Unfortunately, there is a very deceptive, dark side to these offers, one that most people miss and don’t discover until they notice the exorbitant and monthly recurring charges appear on their credit card statements. “But the photos, you say”. Instagram, Pinterest or Snapchat filters, anyone? utube testimonials, should be called “are you kidding?” claims. Another bit of advice; Beware “Bogus”.

A promise we can make, is that there is absolutely no magic in any exorbitantly priced and promoted anti-aging products. If you’re feeling the years (and that could be as young as in your 40’s), there is real help in fighting off how much older you’re starting to feel; peptides; peptides have many functions in the body.  Some act like neurotransmitters, others function like hormones. There are also several amino acids that are necessary in sufficient amount to produce hormones like human growth hormone. If you aren’t absorbing or making enough of those amino acids, your production of that hormone will be lowered. That’s where Peptide Therapy comes in. And that’s when you need to see Stephen A. Goldstein MD, F.A.C.S. at Denver Hormone Health. No one in the Denver area knows more about hormone replacement therapy, and no one is better able to determine which of the many Peptide Therapy options is right for you. After caringly and carefully discussing any symptoms you may be experiencing, from increased body fat to a lowered sex drive, Dr. Goldstein will prescribe the exact Peptide Therapy option to help you turn things around so that you don’t feel older than you are.

Don’t wait to call for an appointment now.

And feel young at a lot more than your heart. 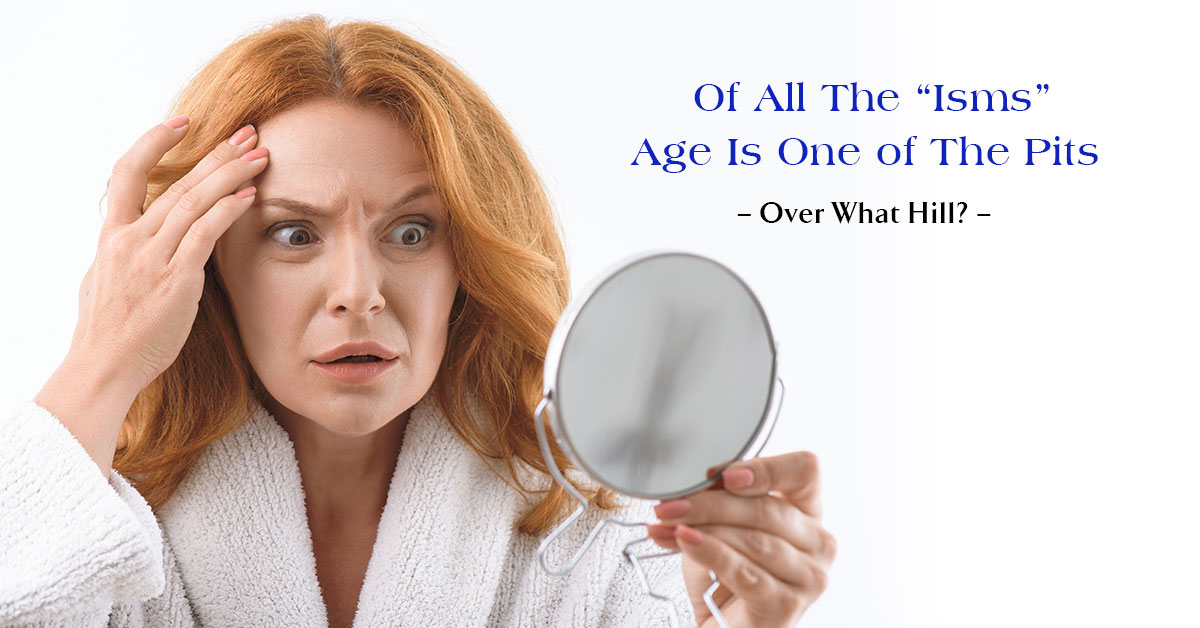 Aging gets old, real quick. The time comes, (all too soon to most of us) when we start hearing (especially from doctors, of all people) “well, it’s expected at your age” or “at your age, you tend to see these things” or “it’s not unusual at your age”. Our age? 50, 60? We’re not talking 80 or 90. But no matter our age, it does bother us. And what bothers us most?

Age has been both a target of wisdom and wisecracks as long as man could write.

Growing Old Is Mandatory, But Growing Up Is Optional-Walt Disney

Age Is a Case of Mind Over Matter. If You Don’t Mind, It Doesn’t Matter-Mark Twain

Don’t Mess with Old People; We Didn’t Get This Age by Being Stupid-One of the Minions From The Movie “Despicable Me”

You could Google age quotes until you’re bent over with laughter. But it’s not laughable.

Certainly, we’re living older than ever. In the year 1900, the life expectancy of women was 46.3, while mens’ was 48.3. Hmm…mid age at 24…and we’re doing some heavy whining today. (Just as an aside; today, women happen to live about 3 years longer than men).  But everyone has a different viewpoint on aging; People under 30 believe that old age strikes before the average person turns  60, whereas middle-aged respondents said that old age begins at 70 and adults aged 65 or older put the threshold closer to 74. The joke is, that the Millennials don’t realize how fast they’re going to get there. But then denial has always been part of the concept of getting older. Not me, we all think. Not me, we’re all totally assure. “I’m too young to be old.”

So, what is the real lowdown on life expectancy around the globe today, starting at the top?

Try 53rd, between Taiwan and Bahrain.

The Baby Boomers, born 1946-1964, were named for an uptick in the post-WWII birth rate. Later to become a downtick in the Millennial mindset.

37, was considered elderly only 5,000 short years ago. Hmnn..probably the mind-set of Millenials today about Baby Boomers. It’s anti-aging addiction, right up there with “device non-addiction”. Baby Boomers changed the world, ended a war, created a new culture of values and morphed our style and politics with every move of the Beatles. Pretty powerful (not to mention smart) bunch, so while we’re talking about devices, don’t assume they’re technology afflicted. Yet millions of them are trying to wrap their brains around futures that look nothing like the ones they imagined. “Reinventing yourself”? Just another way of saying too old for the marketplace. Age discrimination at is worst.

He Irons Out the Emotional Wrinkles

As we mentioned above, it’s not just how we feel mentally about aging. Our bodies do take tolls in different ways. Peptides, of which there are many, and which have many functions in the body, can throw off how we feel physically if we are not working to produce enough growth hormone, for example. When this condition is reversed, fitness and athletic buffs can see an increase in muscle mass, strength and stamina. If you feel like your get-up-and-go’s gone, and your game is off, it’s time to check in with Stephen A. Goldstein MD, F.A.C.S. at Denver Hormone Health. In addition to being an expert in hormone therapy, he offers many different Peptide Therapy options. It may seem complicated to you, but Dr. Goldstein takes the time to explain it, and depending on your symptoms, knows just what you need.

Call for an appointment today.

He’ll be there for you, body, and mind.