O.K., here’s the real Thanksgiving story (according to some…) After a 66-day arduous journey that left them with malnutrition, exposure, scurvy and outbreaks of contagious disease, the Pilgrims that somehow made it, were grateful just to be alive. Food? Not much available of anything, until the Wampanoag Indians taught them how to cultivate corn. Time to celebrate! The Pilgrims and Wampanoag Indians sat down for three days…but not a turkey to be found. In fact, none of the stuff we stuff ourselves with today. It was a potluck of nothing to get excited about. Beaver, skunk, raccoon and tough, now extinct wild passenger pigeons. Oh, and 5 deer the Indians brought. Feast? Hardly. Well, on the good side, since they didn’t have a lot to gorge on, and no streaming anything to plop themselves down to watch, they probably didn’t get as much gastric distress as we suffer now. Or maybe if they did, burping and flatulence were commonly accepted.

Talking turkey, here are some facts we do know for sure. And they sure are amazing:

Sarah Josepha Hale, editor of the popular women’s magazine Godey’s Lady’s Book, and the woman who wrote the classic song “Mary had a little Lamb”, was a real trendsetter for running a household, and a leading voice in establishing Thanksgiving as an annual event. Beginning in 1827, Hale petitioned 13 presidents, the last of whom was Abraham Lincoln. She pitched her idea to President Lincoln as a way to unite the country in the midst of the Civil War, and, in 1863, he made Thanksgiving a national holiday and without being conscious of it, emancipated the nation’s appetites.

According to the U.S. Census Bureau, Minnesota is the top turkey-producing state in America, producing more than 46.5 million a year. Six states—Minnesota, North Carolina, Arkansas, Missouri, Virginia, and Indiana—account for nearly two-thirds of the 248 million or so, turkeys.

According to the Guinness Book of World Records, the largest pumpkin pie ever baked weighed 2,020 pounds and measured just over 12 feet long. It was baked on October 8, 2005, by the New Bremen Giant Pumpkin Growers in Ohio, and included 900 pounds of pumpkin, 62 gallons of evaporated milk, 155 dozen eggs, 300 pounds of sugar, 3.5 pounds of salt, 7 pounds of cinnamon, 2 pounds of pumpkin spice and 250 pounds of crust.

Oh wait, it gets better.

Thanksgiving is the reason for TV dinners! In 1953, Swanson had so much extra turkey (260 tons) that a salesman told them they should package it onto aluminum trays with other sides like sweet potatoes — and the first TV dinner was born!

Campbell’s soup created the green bean casserole for an annual cookbook 50 years ago. It now sells $20 million worth of cream of mushroom soup.

Benjamin Franklin wanted the turkey to be the national bird, not the eagle.

Neil Armstrong and Buzz Aldrin’s first meal in space after walking on the moon was foil packets with roasted turkey.

And yes, the short, jerky steps of the turkey, did inspire the turkey trot, at that time considered a ballroom dance.

PUT THIS ON THE MENU

Before you pounce on the promise of fat and calories to come, you should make an appointment to see Dr. Stephen A. Goldstein at Denver Hormone Health. He knows everything there is to know about hormones and how certain ones can, with certainty, spoil the binge-o-rama you’ve been dreaming of for 365 days. To you, every tidbit (and who settles for tidbits?) is part of the eating extravaganza. But what you might not know, is that there is a serious link between hormones and holiday binging. What you think is so good, can really set off a not-so-good-for-you hormone imbalance, which in turn can turn wonderful into “whaaat?” “Why do I feel so awful?” Dr. Goldstein can explain it all and with simple tests, determine what’s going on with your hormones before a bite goes into your mouth. Call for an appointment now.

And wait until you see what he cooks up for you. 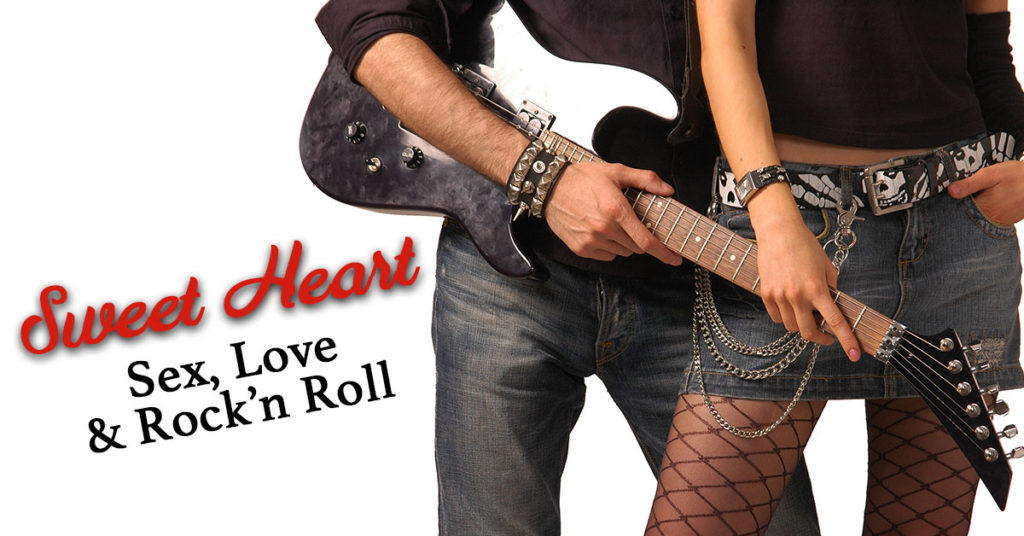 How we long to hear those three little words… “sex is great”. (You were thinking maybe “I love you”?) Hey, they both work. And we’ve been working on them both before man started walking upright. Love and sex both come from the heart (well, actually, sometimes a bit lower). It’s a bit of scientific foreplay that the act of loving actually improves your heart health. Sex figures into that, too. Any way you look at it, it rocks.

Remember when you were in kindergarten and Mrs. Whoever-She-Was had the class make paper Valentines? For most of us, it was pretty fun. Mostly we made them for our Moms. (Big hit.)  As we start to develop sexually, Mom was replaced in the picture with the amazing Blond in Chem (male, or female). Getting crushy gives you butterflies in your stomach and a racing heartbeat. As an adult, those feelings intensify, making your brain release hormones such as dopamine, adrenaline, and norepinephrine, which make your heart beat faster and stronger. Being hit by love’s arrow is a heart health bullseye.

Lust is a hormone-driven phase of attraction that stimulates desire…alright…, “the hots”. Our bodies tell us we “just gotta get it.” When broken down, there are actually millions of reasons to have sex. (Oh, what luck!)  Here are just a few:

A recent study showed that men who had sex at least twice a week had a 45 percent drop in the rate of heart attacks, even when factors like age, weight, and cholesterol levels were taken into account. If that isn’t a big-time reason to hop into the sack, what is?

Sade, made this thought a big hit when they recorded The Sweetest Taboo, in 1985. Consider one of the lyrics, “And I never felt this hot before.” Sex is identified with reproduction and power in our youth-oriented culture.  So, older people “wanting it” and “doing it”, is appalling to them. Horny old broads, dirty old men. Sorry, guys, there is no age limit on sexuality. According to a survey by the AARP (the organization formerly known as the American Association of Retired Persons), in 60- to 70-year-olds, 46 percent of men and 38 percent of women have sex at least once a week, as did 34 percent of those 70 or older. (Shocker alert!) A Duke University study shows that some 20 percent of people over 65 have sex lives that are better than ever before. Which keeps their hearts beating more. Ah…sweet.

Low libido is just one of the endless list of symptoms that could be the result of an imbalance in your hormones. (No Valentine cards to cover that fact.) That’s where bioidentical hormones come in. They are completely identical to the hormones in our bodies. They’re not chemically altered like synthetic hormones which could alter your sex drive, driving it right into reverse. That’s where Dr. Stephan A. Goldstein, M.D, F.A.C.S at Denver Hormone Health comes in. With years of experience and expertise in successfully treating hormone imbalances, he knows just how to get your sex engine roaring again. With simple tests, he gets a clear picture of what’s going on. Which allows him to create a treatment plan uniquely tailored to your needs. So, call to make an appointment to see Dr. Goldstein now.

He’ll put you totally in the mood. 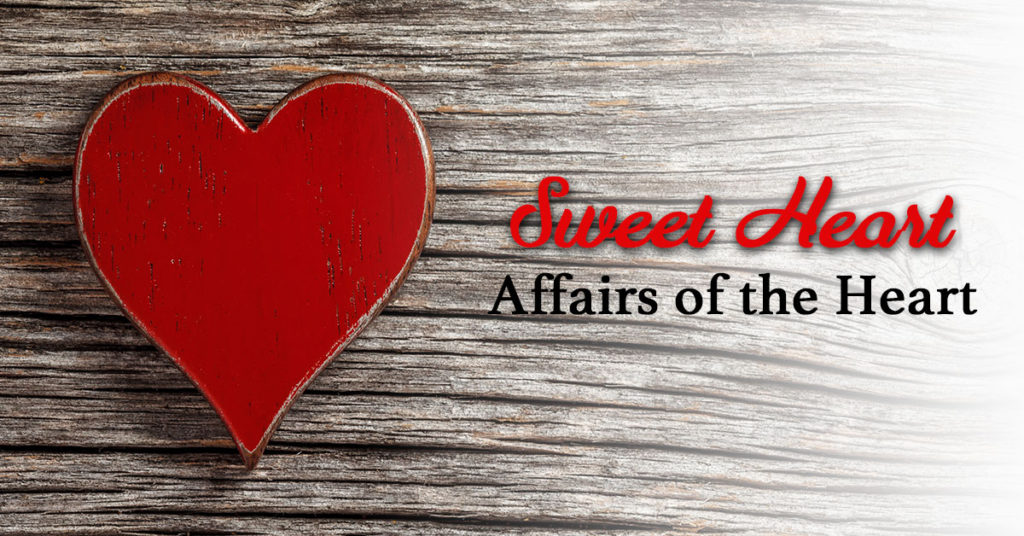 What, actually, is the definition of “heart”? Technically, it is a hollow muscular organ of vertebrate animals, that by its rhythmic contraction acts as a forceful pump maintaining the circulation of the blood. But get out a dictionary and it’s defined as a lot more:

It’s even an idiom wonder:

Cross my heart. Whole hearted. Sick at heart. Have a heart. Have your heart set on. Even artichoke hearts.  Get the idea?

But let’s get to the heart we should be most concerned with.

Your Most Significant Other

Our hearts are what pump life into us. But they can also take it away. The fact is, heart disease is now our No. 1 killer with more women dying of it than men. Enough said.

More than a muscle, the heart is a puzzle, a complex whirling bedlam of interconnected parts that all depend on each other. It’s hard, or nearly impossible for us to understand everything that’s involved. Its physiology alone, can sound like scary gibberish:

And you thought antidisestablishmentarianism was a tough one.

The Tic, Tic, Tic of Your Ticker

There are some things about your heart that can be explained in plain English. They’re actually pretty informative and even fascinating.

What’s to love about feeling out of whack all over? Anxiety. Fatigue. Sleep problems.

What’s going on? Usually you attribute these things to something else, when in fact, it could be that your hormones are out of balance. Which can make your whole life feel out of balance. Hormones can become unbalanced anytime throughout your life regardless of age or sex. But here’s something you’ll love; at Denver Hormone Health, Dr. Stephan A. Goldstein can get you going full speed again. With his unparalleled experience and expertise in the field of Hormone Replacement, he knows just what to do. Simple tests will tell him what’s really going on, and from there, he creates a treatment tailored exactly to resolve your problems. Give yourself the valentine of feeling your best and call for an appointment now.

One visit and you’ll know his heart’s in the right place.