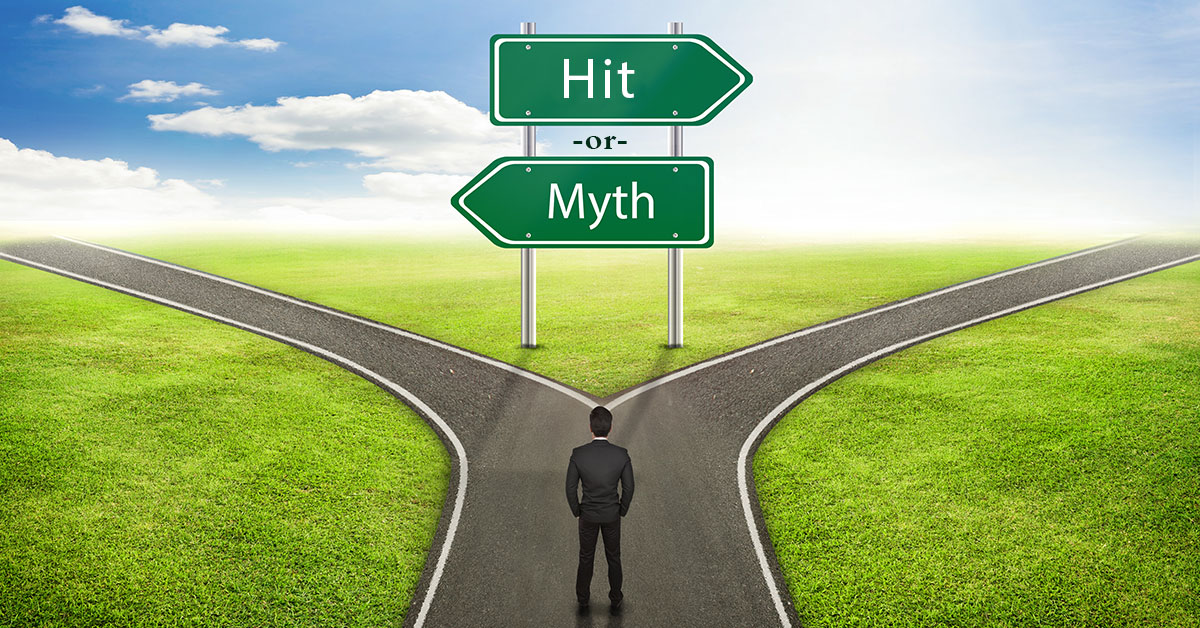 Huh? It’s a hormone? Un-huh. Vitamin D is perhaps the single most underrated nutrient in the world of nutrition, in a class by itself. It is made in the skin, gets into your bloodstream and then goes into the liver and the kidney where it becomes activated as a key steroid hormone called Calcitriol. It then goes to the intestines, bones and other tissues, effecting metabolic pathways and the expression of myriad genes. Vitamin D’s active form can interact with almost every cell in the body directly or indirectly, targeting up to two thousand genes.

Vitamin D is continuing to gain recognition for its role in optimizing health, proven to initiate a physiologic response in 36 tissues of the body.

Being deficient in Vitamin D is one of the best ways to sabotage your health. Vitamin D is involved in so many physiological functions and maintains our health in so many different ways that once you start to count its benefits, you might begin to wonder if there’s anything this fat-soluble vitamin doesn’t do. Here’s just a short list:

A Dose of D

It’s All in the Balance

Because Vitamin D is a hormone that plays numerous roles in your health, it must be treated as a hormone in getting the help your need. Few people view their vitamin D supplementation as hormone replacement therapy, but that’s exactly what it is. And what do you know about hormones? What does your regular doctor know about hormones? Most likely, not very much. What you need, is someone with serious hormone replacement experience. Someone who understands how delicate trying to balance the hormones in your body is. An expert who knows hormones inside and out, able to make you feel better inside and out. And in the Denver area, no one knows more than Dr. Stephen A. Goldstein MD, F.A.C.S. at Denver Hormone Health. With an in-depth consultation and simple tests, he can determine what D is doing to you. And do something about it.

Oh, a and stop throwing money away on supplements.

Vitamin D is perhaps the single most underrated nutrient in the world of nutrition. The sun shines and it’s there for everyone. Your body makes Vitamin D when sunlight touches your skin. (pretty convenient, huh?)  Drug companies can’t sell you sunlight, so they’re not out there promoting its health benefits. Truth is, most people don’t know the real story on Vitamin D and health. So here’s some facts:

Even though Vitamin D is one of the most powerful healing chemicals in your body, your body makes it absolutely free. No prescription required.

FEELING D ALL OVER

Just knowing all the ways Vitamin D can help are making people feel better. We’ve talked about some of the more serious illnesses that are being helped by raising Vitamin D levels. But there are a host of other (and less devastating) applications we haven’t mentioned yet.

Vitamin D deficiencies are being linked to nearsighted vision in children. And speaking of vision, it’s also being linked to dry eye and impaired tear function. Sleep apnea? Yep, another one.  Oh, and guys, you probably want to pay close attention to this… researchers recently found that Vitamin D deficiency was more common in men with erectile dysfunction than men without erectile dysfunction. So what’ll it be? D? Or Viagra?

SOMETIMES EVEN FOR THE SPORT OF IT

In a study published by the British Journal of Nutrition it was determined that Vitamin D status is positively associated with cardiopulmonary exercise capacity. The role of Vitamin D in athletic performance has been gaining in popularity over recent years. In fact, research has determined that Vitamin D helps improve muscle strength by increasing the rate of protein synthesis and enlarging muscle fiber size.

A recent article published in the Wall Street Journal described how professional and college sports teams think they have found a cutting-edge advantage in Vitamin D. With scientific research having proven that an optimum supply of Vitamin D is a crucial factor for our health, and with deficiency well-known to be widespread, the sporting world’s newfound advocacy of the “sunshine vitamin” follows the growing trend of health experts recommending a supplementary intake for everyone to support cellular metabolism. As the Wall Street Journal article describes, with millions of dollars at stake elite sports teams are now monitoring the health of their players more closely than ever. In the world of professional sport, winning trophies is directly dependent on maximizing the performance of players and ensuring they stay injury-free. Significantly therefore, towards this goal, teams in all U.S. major leagues, some college athletic departments and the U.S. men’s and women’s soccer teams are all now believed to have started tracking their players’ Vitamin D levels and intake.

A DOSE OF TROUBLE

Certainly, you know there are a ton of Vitamin D supplements to be found out there (including online). But what’s what? Did you know that there is a D2 and also a D3? (hmmm, never looked at that one, did’ja?) Research shows Vitamin D3 is approximately 87 percent more potent in raising and maintaining Vitamin D concentrations and produces 2- to 3-fold greater storage of Vitamin D than does D2. Taking the wrong one could actually do you more harm than good.

And just how much should you take? Everyone has their opinions. Even doctors. (should you bother to consult one). How much sun are you getting? (the good kind?). What are you eating? (Cheetos don’t count). Is it enough? (You can’t pretty much count on the answer being “no”.) What your body needs, are the particular needs of your body. Not something you can just guess at. So stop trying.

Another undeniable fact is that there are few people whose hormones, including vitamin D, are in balance. Which puts their immune systems and the way their bodies function in jeopardy. From head to toe. So what’s the answer? One, is hormone replacement therapy. Another is DR. STEPHEN A. GOLDSTEIN, M.D, F.A.C.S. AT DENVER HORMONE HEALTH.  WITH HIS EXTENSIVE EXPERIENCE AND EXPERTISE IN THE FIELD, HE KNOWS THAT TESTING AND COMPREHENSIVE EVALUATION OF YOUR HORMONE level RESULTS ARE CRITICAL FACTORS FOR SUCCESS. ONCE DETERMINING YOUR EXACT NEEDS, HE DEVELOPS AN INDIVIDUALIZED TREATMENT PROGRAM DESIGNED TO HELP RELIEVE AND IN MANY CASES ELIMINATE YOUR ISSUES.

The first way to find relief is to call now for an appointment.

Somehow we never think about Vitamin D in terms of how low it can go in just about everyone – in other words a Vitamin D deficiency. Very few people have what would be considered therapeutic levels of the vitamin. Consider some of these numbers.

-40% of the U.S. population is Vitamin D deficient.

-42% of African American women of childbearing age are deficient in Vitamin D.

-32% of doctors and med school students are Vitamin D deficient.

-Up to 60% of all hospital patients are Vitamin D deficient.

-76% of pregnant mothers are severely Vitamin D deficient, causing widespread Vitamin D deficiencies in their unborn children, which predisposes them to type 1 diabetes, arthritis, multiple sclerosis and schizophrenia later in life. 81% of the children born to these mothers were deficient.

-Up to 80% of nursing home patients are Vitamin D deficient.

It’s not only the most common nutritional deficiency in the world, but it’s also the most common medical condition, affecting at least one billion people. Three out of every four Americans are deficient in Vitamin D. The numbers are staggering.

SUPER VITAMIN TO THE RESCUE

Not that Vitamin D is a cure-all, but it is proving to be a help-all in illnesses and ailments throughout the bodies of people of all ages, gender and nationalities. There are no promises, but then very few drugs and treatments can make promises, either. We’re all different and our bodies are complex individual machines. Vitamin D has a wide range of hormonal (endocrine/autocrine) affect on organs and cells throughout the body. Over two hundred human genes are directly regulated by Vitamin D. Researchers are discovering that D also promotes normal cell growth and differentiation throughout the body, working as a key factor in maintaining hormonal balance and a healthy immune system.

Just a few more of the ABC’s of D.

Whatever you thought, forget. When they say eat a diet rich in Vitamin D, it isn’t going to do the trick. The largest source of Vitamin D is our own skin. When Ultraviolet-B (UVB) light hits your skin, it turns a cholesterol-related compound into a preliminary form of the vitamin, which — several metabolic steps later — is rendered into Vitamin D. You can actually store Vitamin D in body fat as Vitamin D is soluble in fat. It can then be released during winter if the skin is not exposed to sun. but food? Vitamin D occurs naturally in just a few foods.

So if you happen to be lacking Vitamin D, here are the top foods which have it:

Ironically, milk doesn’t naturally contain Vitamin D, but it’s fortified with it. So are many juices and breakfast cereals. But if they claim to be “Vitamin D fortified”, read the label. You might not be getting what you think you are.

While it may seem incredible of the multiple ways Vitamin D can be beneficial to our overall health, more and more studies are showing more and more ways it may help. Research is rampant.

-Low Vitamin D levels can be classified as a risk factor for cardiovascular disease.

IT’S AMAZING THE THINGS WE DON’T KNOW ABOUT OUR OWN BODIES. THE WAY VITAMIN D IS HELPING IN SO MANY WAYS, IS JUST A SAMPLE OF THE BENEFIT OF HAVING ALL OUR HORMONES IN BALANCE. WHEN WE’RE TALKING ABOUT ALL THE STUDIES BEING DONE, DR. STEPHEN A. GOLDSTEIN, M.D, F.A.C.S. AT DENVER HORMONE HEALTH HAS SPENT YEARS STUDYING HOW HORMONE IMBALANCES CAN EASILY THROW OFF HOW OUR INTERNAL ORGANS AND SYSTEMS WORK. HE KEEPS UP ON THE LATEST OF IT ALL. ALL AROUND THE WORLD. AND YOU CAN TAKE ADVANTAGE OF HIS EXPERTISE AND EXPERIENCE. With simple tests he can pinpoint your specific hormonal imbalances then tailor a unique solution for your issues. Your goal? To feel your best. His goal? To get you there.

So make an appointment now.